What our clients say about us 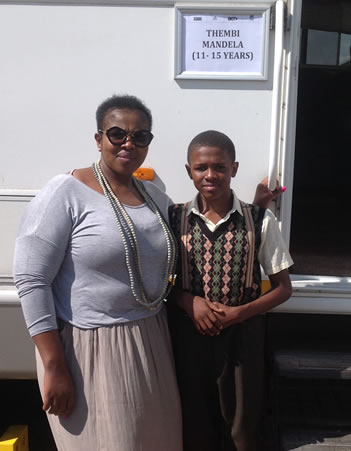 Acting as Thembi Mandela, first born son of Nelson Mandela, was my first acting breakthrough and the best ever TV experience in my life. When my mother called that I got the role, I couldn’t believe it and thought I was dreaming. We went to the first shoot in Linbro Park and there was a fully furnished caravan with my name on “Thembi Mandela”, furnished with a couch, fridge, CD player, wardrobe and bathroom and shower. Myself and my mother received the most VIP treatment with other prominent celebrities.

When I went to wardrobe and makeup, they said my hair is too high and I need to cut it because the “Madiba Series” was shot in the sixties and our look needs to reflect that. They trimmed my hair a bit and the Director told be next shoot my hair needs to be short and natural When we started with rehearsal I saw Laurence Fishbourne, the Hollywood star and I nearly fainted. He was saying that he always wanted to do something for Nelson Mandela and he is very proud to play this role as the most prominent leader in the world, and there I was playing as his first born son, it was such a miracle!!! We rehearsed and we started chatting and I realised how blessed and privileged I am to play along international stars. We shot for about 3 hours and I was wearing this old blue suit and really looked handsome.

After a week on Freedom Day we went for the second shoot in Kliptown Water Sisulu Square. There was a lot of people and shot inside this old house and myself, little brother Makhato Mandela we were playing in Walter Sisulu’s yard with Zwelakhe and Lindiwe Sisulu. I was wearing my father’s pants and fixing my old bicycle and having a conversation with my father Nelson Mandela. This day I was amongst local celebrities and they treated us very well.

The third and last shoot was again in Linbro Park and that was the day when my father Nelson Mandela was arrested. It was the scariest scene, there were these hairy policemen who came knocking at our door and they were pulling us with our pyjamas from our bedroom. My mother Evelyn Mandela was also scared and crying when they take my father away. It was fun though and I will do it over and over again given the opportunity.

Thank you Natasha for exposing me to this world of showbiz and I am now confident more than ever to act with BIG STARS like Laurence Fishbourne. I cannot wait to see myself in this series the day it arrives in South Africa…I will be a star as well!!! 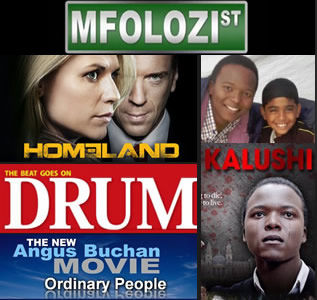